ASGi Articles Work Ethics, US vs Europe. Whats the difference?

We did it, we hit the nail on the head.

In a previous blog post, I talked about our new European collection here. Bringing European smart city living to the open flats of Texas? We must be mad.

Oh wait, we sold 3 and we've only had them out for a month, - its a fine line between genius and mad.

So we had a little company field, or feel-trip as I like to call it - to see our new European plans with our own eyes. Seeing smaller homes in Texas, it felt risky. But when we got there, we LOVED them.

And boy did they feel like home. Being Liverpool, England myself, I honestly felt like I was warped back there. Its funny because when we started talking about the layouts, I started to notice the difference in space usage in UK, compared to the US, or at least Texas.

Brace yourself, this is about to get heavy.

Theres a ton of reasons, but lets get the hard stuff outta the way first. Hope you've had your morning Coffee.

A Study was done by the BBC IN 2008 showing the averages for square footage for lower-income households around the globe, respectfully.

The study shown that the Lower-income household in the US is similar to the Overall average living space in all of France. Is France poor? No. The space is used differently.

Another Study in 2004 By The World Watch Institute also showed that the United States had an Extreme case for Growth rate in average living space, growing nearly 38% between 1975 - 2000, to an average of 2,265 Square Feet. That's twice the size of typical homes in both Europe, and Japan. Its also 26 times the average living space in Africa.

Why is this the case? Are Europeans and Japanese just not as materialistic as Americans? Maybe..

A large Study was conducted by several economists from different Universitys, (Arizona State University, McMaster University in Ontario, and Goethe University in Frankfurt, Germany). Their insight and methods for measuring, provided a wide range of information including vacation time, retirement and unemployment. Which means the final product, includes not just measure of work per worker, but per every person.

What did they find? It was found that Americans work 25% more than your average European. That's roughly 258 Hours less a year, or 10 days.

Why? Several reasons. Economists say there are multiple reasons for such a large discrepancy. One researcher suggested Lower taxes in the U.S increase the incentive for Americans to work longer hours in pursuit of more money. Although when you think about it, are Taxes really the first thing you think about when you want to make money?

Other factors including Strong Unions that protect worker time off and more generous retirement benefits, we retire a lot earlier.

Here's our entire team fitting in a 805 SqFt downstairs our Dundee plan.

Just look at those red shoes. 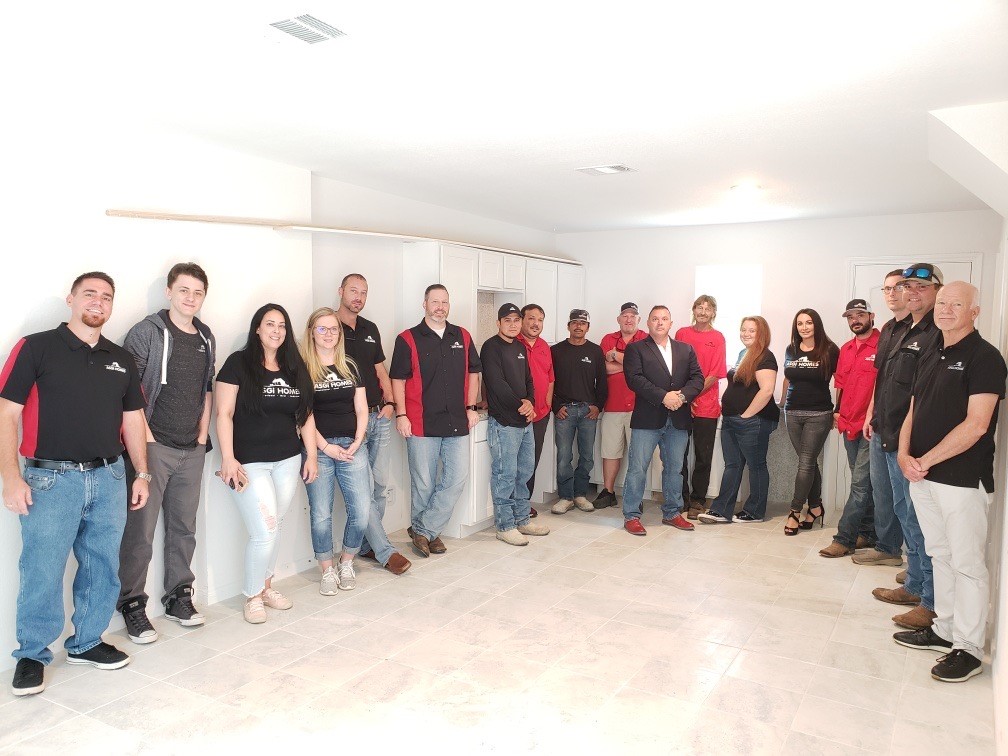 There's also another factor and I think this is an interesting one, especially if you employ while you live in the US. I know I certainly do.

In Laymen's terms, one reason Europeans don't particularly mind smaller living spaces, is because they don't spend that much time at home. We enjoy life a lot more. We will work the bare minimum to survive. Is it because we're Lazy? No.

And we noticed that along side the researchers. On vacation in Scotland, our founders noticed everybody is always out, always busy, just enjoying life. And when I think about it, I agree. I was a lot more active, socially and just generally in the UK. Why? Because everything was in walking distance. And public transport was amazing.

U.S. doesn't seem to have that, and its a hassle, for lack of better words. Even more so when you have that Work, Eat, Sleep, Repeat, mindset. There are also laws set in motion where we don't have to fear work places. Americans will read their emails at 3AM in the morning, where as Europeans generally will leave it till the next day, and not have to worry about the social pressure of being lazy. European jobs are much better protected from the whims of employers.

We also get more done in less hours. No, I'm not calling Americans stupid, I promise.

This is why. In 2015 the US led the world in productivity by GPD Per hr. It was a very, very, slim increase from France (2nd) and Germany (3rd). But when you compare the hours, it was not worth while increase.

The average work hours of an american is just over 26 hours. (This is including part time workers, remember.) In the U.K., it's 22 hours. Germany clocks in at just over 20 hours and the Italians are at a gentle 18.4 hours.

But the GPD result is almost the same. The extra hours add no extra value.

Enough with the numbers, the bottom line is this; Americans aren't less capable or less productive. They could benefit greatly from a better work-life balance. By working less, (and possibly stream-lining how they work) they could not only boost productivity, but improve their health and experience a higher quality of life.

One of our Own - Plan 2145
Featured: The Mike Plan
ASGi Articles Work Ethics, US vs Europe. Whats the difference?
ASGi Articles Euro Collection Tour!
European Collection